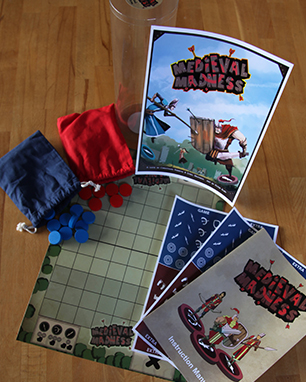 Medieval Madness is a real-time strategy board game for two players where strategy and speed are equally important. The game is set in Medieval Times and it tells the story of two kings who fight out their age-old conflict in a final battle. The game is in real-time, so there is no taking turns. All the actions and units of the game are displayed on coins. By drawing coins from a pouch the player can make his units take different actions. Units can attack, move, defend and barricade. A player is only allowed to hold one coin at a time, so it must either be used or discarded directly before drawing another. The goal of the game is to defeat all enemy units. 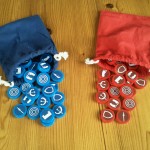 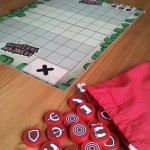 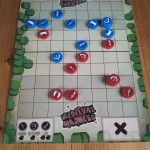 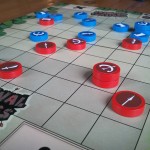 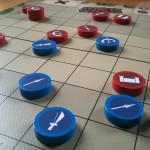 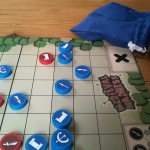 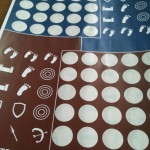 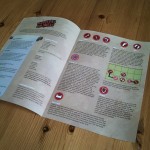 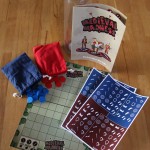 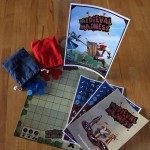